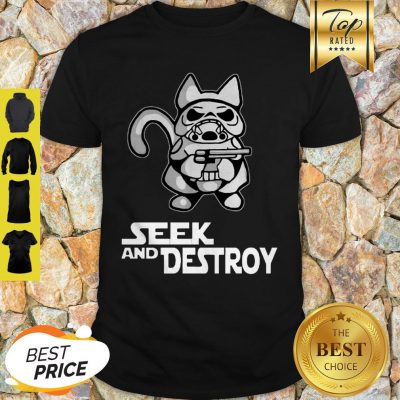 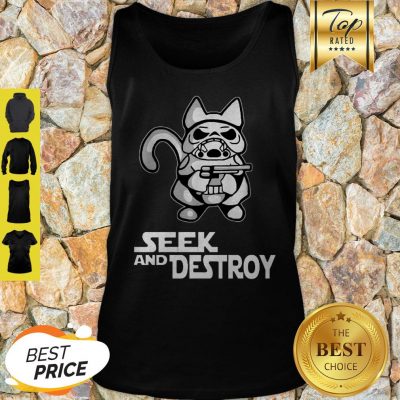 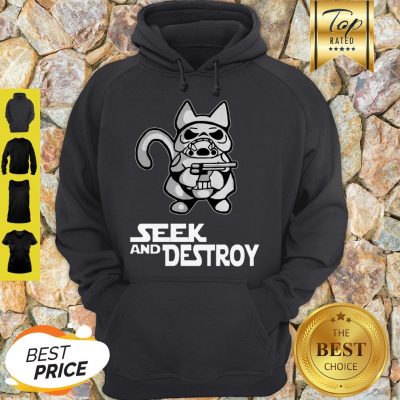 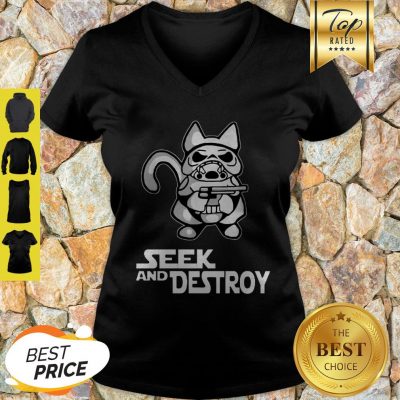 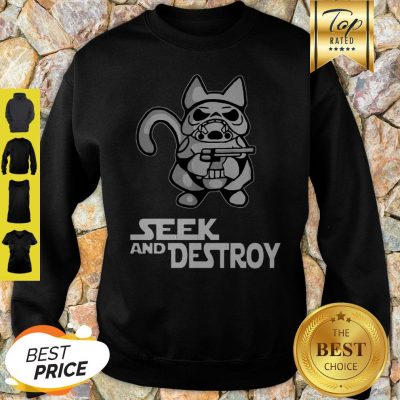 I’ve always felt Unkar is this giant clue we haven’t figured out yet. Maybe she’s asked Unkar who her family is or where they’ve gone. And he always responded with, “I can’t tell you that”. Makes sense. Unkar knows who left her with him. That’s something I’ve never seen the Official Stormtrooper Cat Seek And Destroy Shirt. That slug is the key to the whole nut. And maybe that’s why the arm-ripping scene was cut. Maybe in IX Rey and Luke have to go back to Jakku for answers. You could cut out Unkar. He is probably circumstantial, just a random thing inserted to show Rey has had it hard. But Rey, the Falcon, LST, cannot be ignored. Also Battle of Jakku, First Order wanting to excavate something there…

Someone (JJ or Kennedy, forgot) said that when we find out who Rey is that we will be “satisfied” and that it will feel like it “happened a long time ago, in a galaxy far, far away”. Yes, that could mean Skywalker, but I don’t see that being something that “satisfies.” I see that as what’s expected. Finding out the Official Stormtrooper Cat Seek And Destroy Shirt. That’d be way more satisfying if she turns out to be true “no one” (like Anakin was, basically), than some stupid convoluted plot. About how she’s Obi Wan’s granddaughter or Kylo’s cousin… which is like, yawn. Well I mean Rey Skywalker isn’t that much a bad idea, okay. It’s just quite boring and also inconsistent with the denial of the new creators of the films.

I actually gave Daisy’s statement a lot of thought. For a second I thought she might be referring to Luke, but I don’t think it fits nearly as well. If I’m not mistaken (which I probably am) this interview was before TFA came out (maybe not, I don’t remember) so we wouldn’t have even known Luke was in exile. Either way, this is the Official Stormtrooper Cat Seek And Destroy Shirt we have ever seen Luke alone. And its only been for a maximum of a few years. In ANH he was always with his friends, his family, or the rebellion. In ESB, he was always with either Yoda or the rebellion. In both, he was always either with the Rebellion or on a mission. After RotJ he was always with his little Jedi or Ben or the Resistance/Republic.