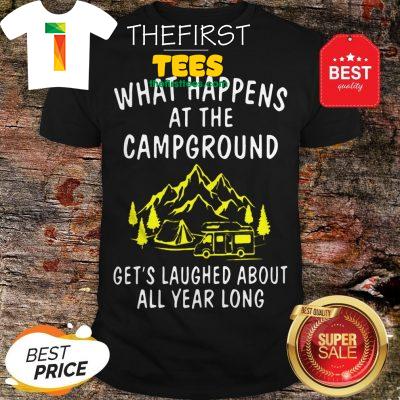 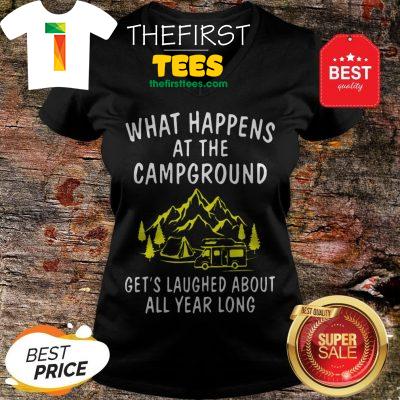 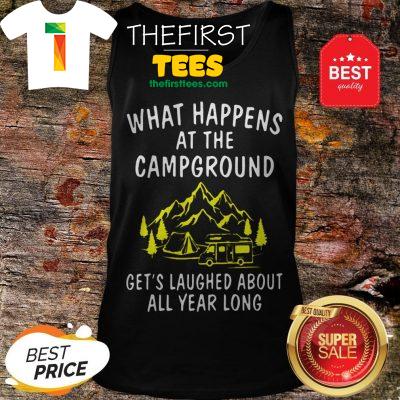 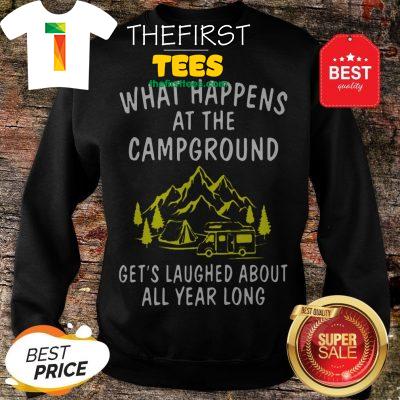 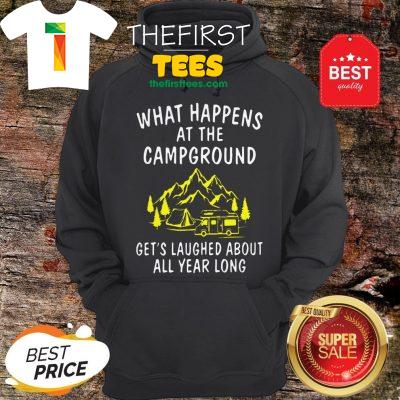 I’m on the fence. The original is so good, even What Happens At The Campground Get’s Laughed About All Year Long Shirt it started to flag in later seasons it was still well worth the ride to the end. These nostalgia articles involve a dude scrolling through, clicking one they remember, writing an article about how big it’s becoming again. Reality says no. I can’t think of another show that’s aged as well as Gargoyles. Maybe Spiderman/Batman TAS. Batman Beyond is better IMO but that’s not nearly as old as Gargoyles. Give me a well-adapted live-action movie of those 2 and I’d be stoked for life.

What Happens At The Campground Get’s Laughed About All Year Long Shirt, Tank Top, V-neck, Ladies Tee For Men And Women’s

I loved the toys when I was a kid. Huge wingspans on the gargoyles and stuff. Cool to pretend to fly them around. What Happens At The Campground Get’s Laughed About All Year Long Shirt rebooted the show, I’d buy the toys again immediately. Pretty amazing how easily Disney can launch, re-launch, reboot and monetize content for kids and nobody else can. It’s almost as if they have some kind of built-in advantage. If they could get the rights to starship troopers roughnecks, and Exo squad. I’ll finally be able to share my childhood shows with my kids. Disney should purchase Nickelodeon to make an appropriate Avatar. Also, it’s such a great story and the large world they built. Please do a couple of prequels.

Official What Happens At The Campground Get’s Laughed About All Year Long Sweatshirt, Hoodie

The biggest selling point for Disney+ among people who don’t have kids is that it’s a nostalgia machine. What Happens At The Campground Get’s Laughed About All Year Long Shirt got Gargoyles, Ducktales, Darkwing Duck, and Chip and Dale’s Rescue Rangers. That’s a strong draw. Gargoyles just happens to come out on top. God damn does that series need it. Fuck that tax offset. Someone has to figure out a way to get the series out of limbo. The creators actively want to make the show too. Good luck finding anyone willing to bankroll a movie based on a semi-successful cartoon from 2 decades ago.